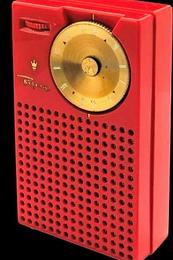 1823   The Pepin & Barnet Circus appeared in Vincennes.  The audience was treated to demonstrations of "horsemanship and feats of agility."  The organization is considered by many historians to be the first circus in the United States.  Partner Andre Pepin purchased a home in New Albany and died there in 1845.

1908    William Howard Taft, running for President on the Republican ticket, spoke at the Grand Theater in Evansville.  On the same night, Socialist Party Candidate Eugene V. Debs was speaking nearby at Evans Hall.

1930    Indianapolis residents with a sense of adventure were invited to take a ride in the Goodyear Blimp.  Named The Vigilant, the Zeppelin-Type ship was 128 feet long, 37 feet in diameter, and carried 86,000 pounds of helium.  The charge was $5.00 for a 15-minute flight over the city.  The craft was under the command of Charles E. Brannigan, a world war test pilot.

1938   More than 2000 people attended a reception held at the home of former president Benjamin Harrison on North Delaware St. in Indianapolis.  In attendance were his widow, Mrs. Mary Lord Harrison, and daughter Mrs. Elizabeth Walker. The Harrisons expressed pleasure over the way their former home had been restored and opened to the public. Harrison built the home in 1875 and lived there before and after his term in the White House.

1954   The Regency TR-1, the first transistor radio, began production in Indianapolis.  Selling at $50, the radio was expensive for its time but caught on quickly because of its small "pocket size."  Over 100,000 were sold the first year.  According to the Smithsonian Magazine, the TR-1 “launched the portable electronic age.”

1987    Under a heavy cloud cover, an Air Force Corsair jet crashed into the Ramada Inn near the Indianapolis airport.  The plane was en route to Tinker Air Base in Oklahoma when the engine flamed out.  The pilot was able to eject, but 10 people in the hotel were killed.  ​