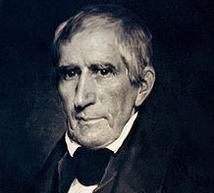 Go To Next Page

TIPPECANOE AND CORYDON, TO0

During Indiana's Bicentennial, much attention was paid to early founders like William Henry Harrison, the territorial governor who went on to become the ninth President of the United States.  Most people associate Harrison with the city of Vincennes, the territorial capital and the site of Grouseland, his home near the Wabash River.

​It is true that the Knox County town was important to Harrison.  However, another part of Southern Indiana was also close to his heart.

As territorial governor, Harrison sometimes went by horseback from Vincennes to a government office in Jeffersonville.  While riding through the region on the way to the Ohio River, he was impressed with the picturesque hills dotted with caves and bubbling springs.             Harrison saw a future for the area and decided to purchase some property.  His first purchase was land near a salt spring.  Next he “entered” or took possession of a quarter section of land (160 acres) on nearby Buck Creek owned by Squire Boone, brother of Daniel.

Soon after, he became joint owner of another quarter section at the junction of Big and Little Indian Creeks.

Harrison became acquainted with Edward Smith who lived in a log cabin with his wife, three sons, and six daughters.  Harrison sometimes stayed overnight with the family, sleeping on a “shelf” reached from the dirt floor by a ladder

Edward Smith’s daughter Jenny had a lovely singing voice.  On his visits, Harrison often asked her to sing for him and the family.   One of his favorites was “The Pastoral Elegy,” a sad song that tells the tale of a young shepherd named Corydon.

According to local legend, when Harrison decided to build a town on the land, he asked Jenny Smith to help him come up with a name.  Remembering the song that Harrison often requested, she suggested “Corydon.”

By this time Indiana had created a new county in the region,  named for its most prominent citizen.  Harrison County became the fourth county in the territory (after Knox, Clark, and Dearborn.)

On one large tract of land, Harrison planted an apple orchard.  He also built a grist mill run by the water of the Big Fish Spring.  The folks of Harrison County were fond of their distinguished neighbor.  Most of them called him "Bill."  Stories of his kindness were passed down through generations of families.  A half-century after he died, old men would still recalled when, as boys, they were sent to the mill on horseback with sacks of corn and wheat.  They would proudly describe how the future U. S. President would receive the sacks in his own hands and take them to the hopper.

In 1811, when Harrison formed an army to march against Indians at Tippecanoe, he knew he could count on his friends in Harrison County.  They went into the battle as the Harrison County Yellow Jackets, having dyed their buckskins yellow.

Much as he loved the countryside around the big spring, Harrison’s increasing responsibilities left him little time to tend his properties.  By the time he resigned the territorial governorship in 1812, he had sold all but the largest of his holdings in Harrison County.  In 1817, the last parcel, 640 acres, was sold for $10,000.

Harrison’s apple orchard survived for over a century.  According to newspaper accounts, some of the trees were still standing as late as Indiana’s centennial in 1916.

William Henry Harrison played an important role in helping develop the community that would become the first Indiana state capital.  Indeed, over two centuries after he first rode through the region, his presence can still be felt.  The county and its central township bear his name.  Local landmarks like Harrison Cave, Harrison Field, Governor’s Field and Harrison Meadow signify his prominence.  It seems that this lovely land of hills and springs will never forget the man called “Bill” by pioneer friends.